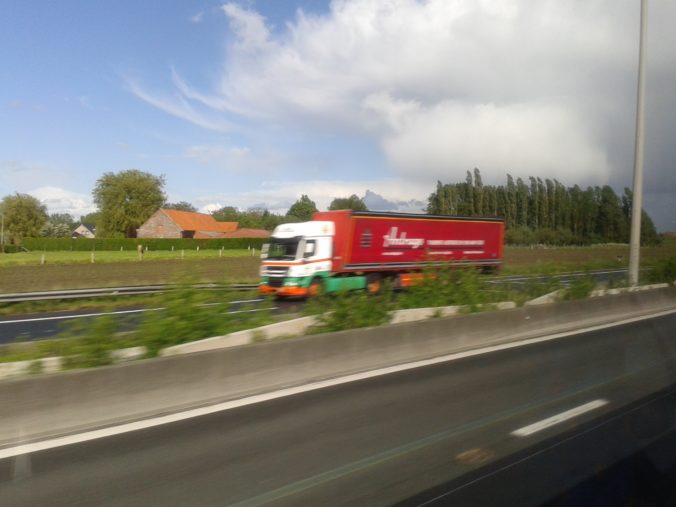 Bus tickets? Check. Euro currency? Check. Hotel reservation papers? Check. Mobile phone and camera? Check. Excitement about traveling around Europe over the next week? Check! I had just finished all of my Spring Term final exams and was in much need of a relaxing vacation before my Summer Term was to commence, and what better way to spend it than by traveling to Belgium, Germany, and France!

My trip started out early on a weekday morning in May 2015, and I had planned on taking an early morning bus out of Hatfield, UK to Victoria Coach Station in central London, UK, and from there a Megabus to Brussels, Belgium. After arriving at the local designated bus stop in Hatfield and waiting well past the bus’ scheduled departure time, I was beginning to wonder if the bus was ever going to show up. 5 minutes behind schedule turned into 10 minutes and then into 15 minutes, and I finally decided to phone the bus operator. It turned out that the bus operator couldn’t provide much help since the bus was independently operated, so since I was growing closer to missing my coach to Brussels if I didn’t depart Hatfield soon, I decided to abandon my attempts of tracking down the bus and take the train into central London instead. I double-timed my walk to the Hatfield rail station and caught the next train out to central London. During my walk I couldn’t help but notice the unusually sunny skies that I gladly welcomed; this one little hiccup wouldn’t ruin my pleasant travel spirit!

Departing London with an Unexpected Event

After navigating the overground and underground trains to London Victoria station, I made the short walk around the corner to Victoria Coach Station, arriving with plenty of time to spare before my scheduled 9am departure. I had taken a Megabus out of London to mainland Europe twice before, so I was familiar with the routine of checking in and where to go inside of the station. When the bus arrived I boarded it, chose a window seat, and settled down for the 6+ hour journey.

While the bus was navigating the streets of London, the unexpected happened. “Bam!” The bus came to a full stop. What just happened? The other passengers and I wondering the same thing as we all curiously looked around and towards the front of the bus as the driver hopped out. I couldn’t see much from my seat which was situated towards the rear of the bus, but what I did hear next was a string of anger-laced words being shouted from an angry man. “You c##t!!” shouted the man. That angry man must have been the driver of a car that had collided with the bus. One passenger said something along the lines of “somebody go out there and see what’s going on.” After what seemed like several minutes of outlashing from the angry motorist, the police arrived and took over, presumably taking statements and filling out an accident report. Soon we were on our way again, and I must commend the bus driver for never loosing his cool, as he even calmly apologized for the delay and acted as if nothing out of the ordinary had happened when briefing us over the intercom after the incident.

The Remaining Journey to Brussels

As previously experienced during my past Megabus journeys out of London into mainland Europe, it was always pleasant being able to relax on the bus and take in the scenery. As the bus departed London, my eyes were glued out of the window as I took in the active life of Londoners going about their usual weekday morning routine. The busyness of London eventually subsided as we drove southeast into the county of Kent, and buildings and pedestrians were replaced by vast fields and empty countryside. We eventually made it to the port and crossed the channel into Calais, France.

The remainder of the journey went without incident. I had traveled through Belgium on a Megabus several months earlier during my trip to Amsterdam, but something about this journey made my trip even more memorable than the Amsterdam trip; perhaps it was the mostly sunny weather, or perhaps it was the sight of blossomed trees which honed in the pleasant feeling of springtime, that brought out the feeling of being free and wanderlust-filled. Making the journey across three countries in a matter of several hours is comparable to driving across several US states, but what really intrigued me was the fact that each country had its own culture(s) and language(s), especially a country such as Belgium.

The journey included a stop in Ghent before terminating in Brussels. As was done several months prior, the bus parked in front of the Holiday Inn Express Gent to load and unload passengers before heading southeast to Brussels. This journey was the first time that I had ventured this far south into Belgium, as my previous Amsterdam Megabus trip took me northeast through Antwerp. As the bus approached the outskirts of Brussels, the fast-paced highway turned into crowded residential streets filled with vehicles and pedestrians, reminding me of what I saw earlier that day as I departed London, except now vehicles drove on the opposite side of the road and the signs were written in a different language. I was baffled at how just a short journey of several hours and a couple hundred miles could transform me into what seemed to be a different world. The bus shortly thereafter reached its destination at Rue du Cardinal Mercier Coach Stand in central Brussels; I was finally in Brussels!

Riding along the E40 highway in Flanders, Belgium

Riding along the E40 highway in Flanders, Belgium

E40/E17 interchange with Ghelamco Arena in the background in Ghent, Flanders, Belgium